Hopping in for the Easter Roundup 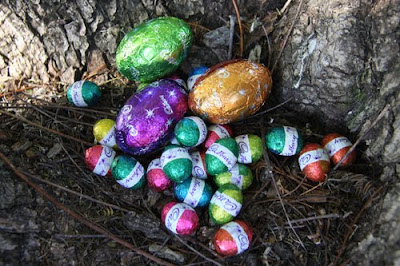 Hey there strangers. Hope everyone had a safe and enjoyable easter with those you love. Easter was very, very quiet at our place this year with just the 4 of us. Usually we are lucky enough to have Heather and her family come to stay but with ANZAC Day falling across the weekend, plans had to change. Oh well, there is always next year. It seemed strange just having the four of us here - we have never spent this holiday alone but we were kept busy with cotton picking and harvesting sorghum. The boys spent their Easter riding all over the farm in tractors, pickers, truck and the motorbike. When they weren't at the farm, they were in the pool - a bit chilly for me but they loved it. Here is a little secret for you - both boys actually feel asleep in their togs on Easter Saturday night and stayed in them right throughtout the next day. They looked a sight bending down looking for eggs in their DT's while out on the egg hunt lol. 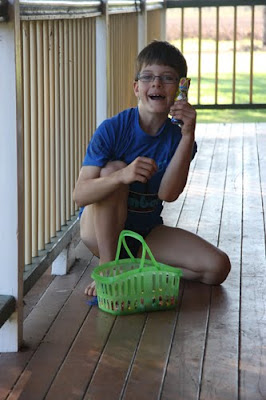 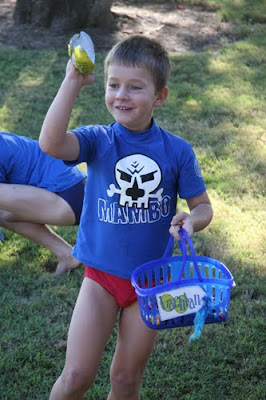 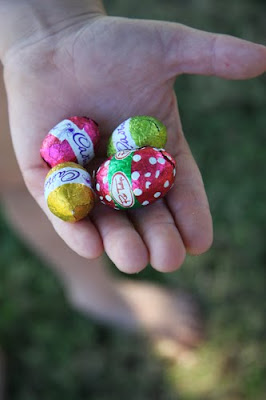 So in between all of the running around the farm, supervising pool play and general household stuff like cooking and cleaning, I have managed to do a bit of scrapping. I had grand plans for April - mainly revolving around whether or not I could break last month's scrapping record but alas, I did not even come close. Here is a round up of the latest layouts: 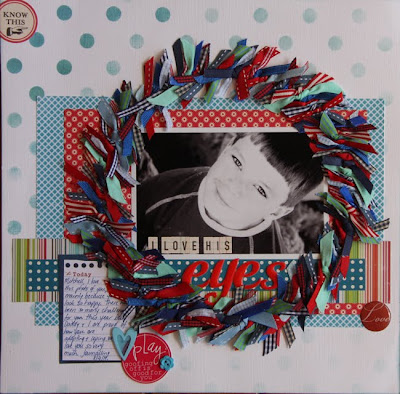 1. Technically not an easter layout seeing as I finished it just before the holidays started. It is for Anthea's Sketch challenge over at Scrapbook Savvy. I won't tell you how many hours it took to tie up all those ribbons but lets just say I caught up on lots of TV in the process. Ah well, it seemed like a good idea at the time. 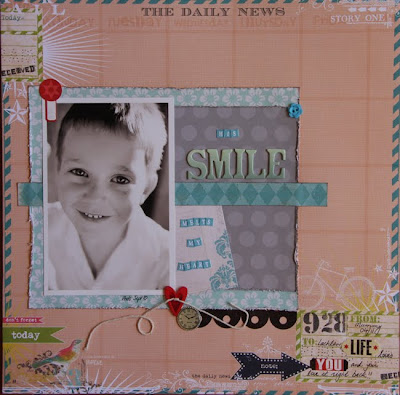 2. Layout 2 took quite a while to come together. Yes it is very simple (in keeping with most of my scrapping) but I will admit that I really struggled with the patterned paper. It is from Pink Paislee in collaboration with House of 3 from their Daily Junque line and was a part of the We're Savvy April Kit (which sold out super fast - so pleased I have a subscription!). You definitely need to head over to Scrapbook Savvy and check out their kits but don't say I didn't warn you - they sell out FAST! 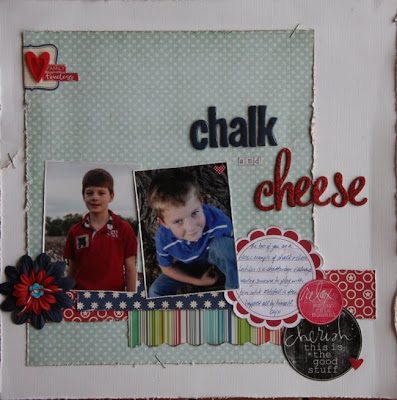 3. Layout 3 is all out how different our two boys are. They definitely are my own little version of Chalk and Cheese - in looks and personality. I love watching they grow and change and develop their own little personalities. I also love having so many different places on the farm where I can take photos of the boys. The other day we all climbed on the 4 wheeler motorbike and headed off around the farm. I was hoping for some awesome shots in the cotton but just couldn't get what I wanted. 4. Another pic from our little photo shoot. I bought the boys a lollipop each from the Dalby Show earlier in the month as a reward for being so good. Secretly I wanted them for a photoshoot but I wasn't telling them that. In between the weather, work and going on camp for the last week of term, I didn't get around to taking any photos. Needless to say, the lollipops were a little worse for wear by this time as one little mate in particular couldn't resist playing with them. In the end both were broken but I was able to push this one together long enough to snap a few quick pictures. 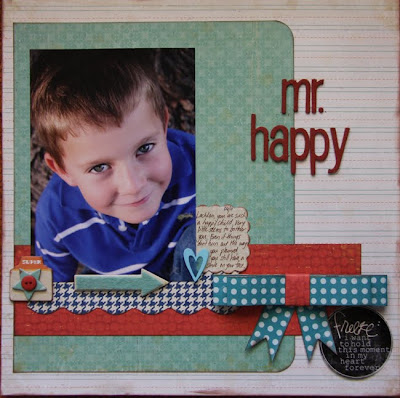 5. Lachlan is my own little Mr Man - Mr Happy in fact. Nothing seems to phase this kid (well most of the time anyway!) and he floats through life with a broad smile across his face. You can't tell from the picture of the layout but I actually attempted to make a big paper bow like Heidi Swapp has been doing lately. LOL I know you are shocked that I would be doing something that Heidi has done hehehehehe.

Phew, I think that has me all caught up for now. School is back in tomorrow for Term 2. If it is anything like Term 1, it will fly by fast as anything. Hopefully next time you stop by, I wouldn't have waited a month to update.

Thanks for stopping by,
Me xoxox
Posted by Sarah at 2:18 PM

Gorgeous LOs - love the ribbon circle...must have taken ages but well worth it. :)

Awesome layouts, I love every one of them, that ribbon frame looks great!

First of all that chocolate looks amazing. I'm a sucker for Cadbury! Also, all of your layouts are so beautiful. Love the big ribbon (?) circle!

Such Fabulous layouts! Congrats on getting so much done (even if it was less this month!!!) The Easter hunt pics were cute! We had rain for our Easter egg hunt, so congrats on the the sun too.