These two people... and a little scrapping 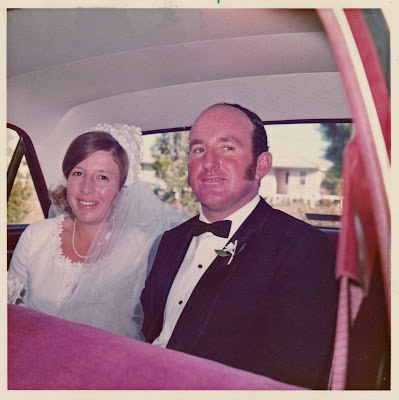 And just who are these two people you ask???
These two people are my parents and on Easter Sunday they celebrated their 40th Wedding Anniversary. I am sure that many of you will agree that this is an amazing achievement. No doubt there were many times that either of them could have walked out the door but they stuck it out. I feel very lucky that my sister, brother and I could honour them with a party on Easter Saturday. In the end it turned into a 70/40 party - 40 to celebrate the anniversary obviously and 70 because a short time ago, my Dad turned 70. Lots of long time friends and family members travelled from near and far to celebrate this special occasion.

Mum and Dad, I know that you are both TOTALLY computer illiterate (no offence intended) and you will never know that I have written this but I just want to say thanks; thanks for being there and giving us everything we needed to get on with our lives. I hope I can be half the parent that the two of you have been. I love you both more than words can say {{{hugs}}}

Speaking of wedding anniversaries, a few days after Easter, Tony and I notched up 13 years of marriage - not to shabby for a couple who were told that the marriage wouldn't last two years (don't even get me started on who said that one lol).

Apart from the first weekend, I didn't manage any scrapping over the holidays. Disappointing in some ways because I had grand plans but also happy because I managed 5 layouts before heading off to party central. All of the layouts were for the March Cybercrop over at Scrapbook Savvy and for the first time in a long time (possibly ever), I completed ALL of the challenges - yay me!
Layout One - Kerryn's Puzzle Challenge (we had to use wings, tabs, cogs, stars and brackets). 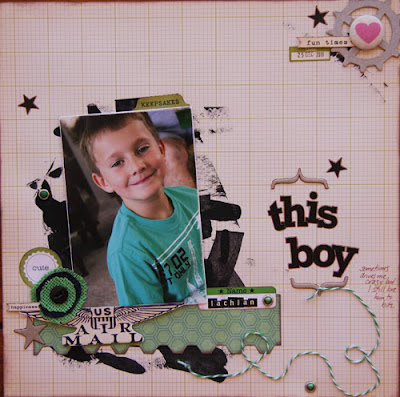 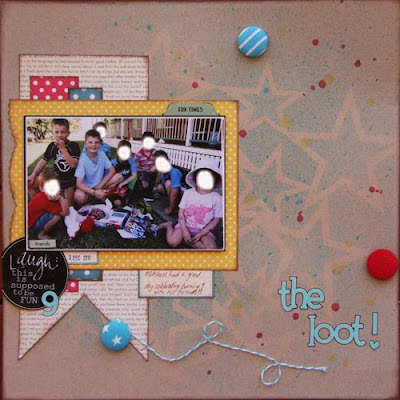 Layout Three: Jen's Photo Challenge (use three or more photos on a layout) Photos are from our trip to Luna Park in Melbourne. 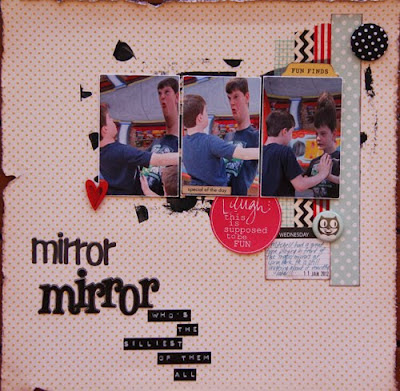 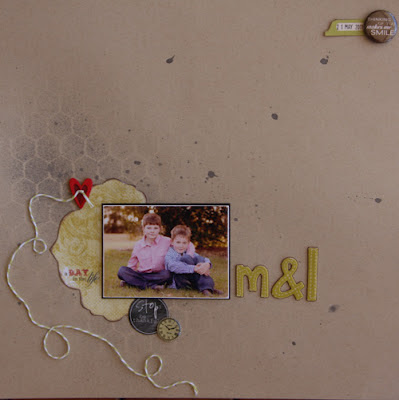 Layout Five: Sar's Blind Scrapping (which I officially suck at lol. I skipped quite a few of the steps ... oops!) 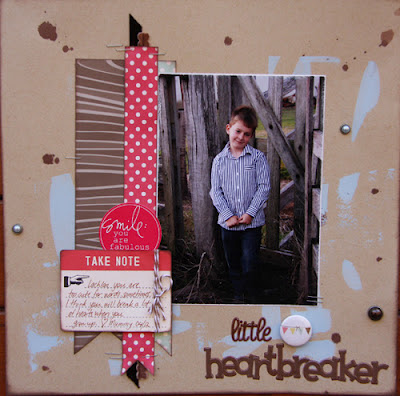 So that was the Cybercrop. There is another one happening again this weekend but I am not sure if I will manage to get anything done - have some secret squirrel scrapping to do which isn't going as well as I had planned so need to try and focus on that.
Thanks for stopping by.

Wow you've been busy. Love all the misting and splatters.