Country Boys and my visit with Carrie and the girls

Yep there is no denying that my boys really are country boys. No matter where they go or what they do, they are always going to have a streak of country in them. How many city boys would INSIST (maybe DEMAND is a better word) on packing this in their bags for holidays??!! 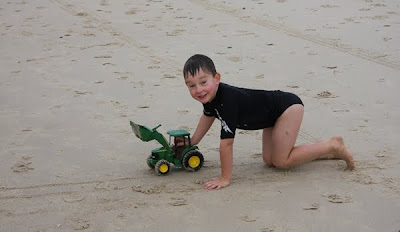 See what I mean? You can take the boy out of the country but you can't take the country out of the boy. Lachie was hilarious with his tractor on the beach. He was busy telling Daddy that he was chisel-ploughing in the strips or using the 'boom sprayer' (as he calls it) over at Glendon or mulching the cotton. That kid has got all the farm terminology down pat, even if it is in his own language. So of course, I just HAD to take pictures and come home to create this: 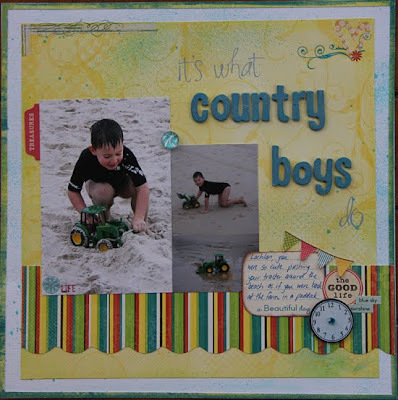 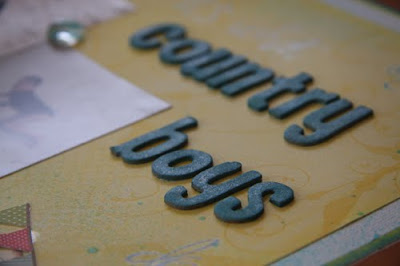 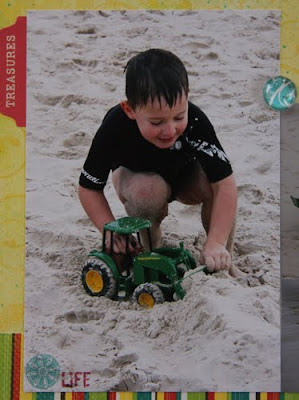 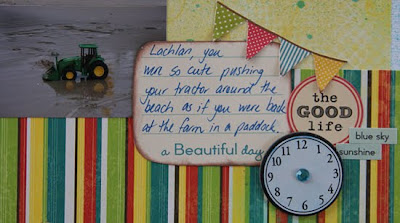 Ok so the truth is that I am not overly happy with how this LO has turned out. I know I wanted to incorporate yellow into the page somehow but even with this gorgeous paper from Bo Bunny, I still feel a bit blah about it. Oh well, it is another one for the album and gotta love that!
On to other matters.... 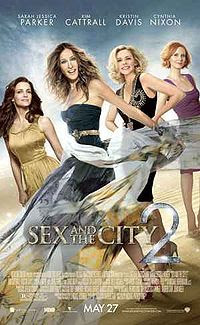 As you may have read in my previous post, I was contemplating going and seeing Sex and the City 2 last Thursday. Well I went and I have to admit that I LOVED it. OK I didn't love it as much as the first but OMG it was sooooooooooooo good to be back with Carrie, Samantha, Miranda and Charlotte. It was hilarious, lots of laughs throught and while I understand why it didn't get such great reviews, I don't think it matters. Yes it was stylisied to the hilt and way OTT in places but hello, wasn't the TV show like that (especially in the final 2 seasons), wasn't the first movie like that??? Carrie and the girls are always over stylisied, that is who they are and that is what makes them, and the show and the movie, unique. I think the scriptwriter has been true to the characters and I can handle all the flashy clothes and stuff because to me that is what SATC is all about - waaaaaaaaaaaaaay over the top style. This is one of the things that has helped make it so unique over the years. If it was just your ordinary TV show, using your ordinary characters wearing everyday, ordinary clothes, it would not have had the same impact. So poohey to the reviews, a definite double thumbs up from me LOL. Also a huge thumbs up to an Aussie singer whose song was used in the closing credits and in the theatrical trailer - way to go Rikki Lee!!
Well I think I have taken up enough of your time today. Hope you have all had or are having a great weekend. Til next time.
Me xoxoxo
Posted by Sarah at 12:43 PM

Teehee about your son. My hubby grew up knowing all about loaders and dump trucks. Even as a teenager he would dump out his mom's sugar bowl and scoop up the sugar with a toy loader teehee.
I love you layout by the way. I haven't done one in so long.
I saw that movie and really liked it. I am not a Sex in the City die hard fan, but even I really liked it.

Love that layout! such a perfect title!!!! and love the bunting!

I enjoyed the movie when I got rid of all my expectations. and loved the dutch guy!!! hmmm eye candy....