Finale of the Retreat Roundup

Wow, three days in a row - anyone would think that I have been scrapping recently lol.  Today sees the last of my scrapping shares from the Wicked Princesses retreat.  I had a blast creating some of these layouts - not that I will admit it to certain people (who you who you are, you arty farty sharty types lol).  I was fortunate enough to have a one-on-one lesson with the gorgeous and uber talented Krissy, owner of Wicked Princesses.  She attempted to inject some arty, farty shartiness (aka She Art) into my life but I resisted as much as I could and settled for using some of her less messy techniques.
Layout 1: Soccer Star (my take on Krissy's grungy style).  Using stamps, mists, masks and washi tape to create a background instead of using patterned paper.  In fact, the only patterned papers on this layout are the tags - a massive difference for me. 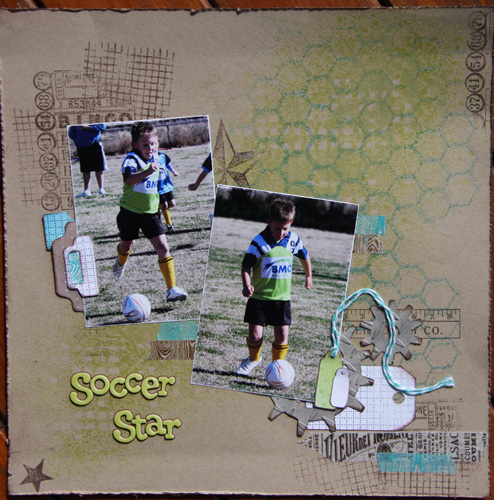 And the obligatory close-up: 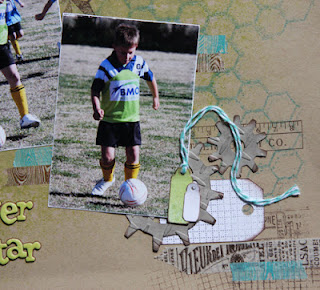 Layout 2: Crazy Stuntman Moves.  Used a combination of Echo Park, Crate Paper and October Afternoon on this layout.  I love these photos of Mitch and have scrapped some of them before.  Both he and Lachlan love pulling out a cotton tarp during the warmer months and using it as a super-sized slip and slide.  They often ask me to go out and watch them do their crazy stunts.  If I am really lucky, I get to 'score' the jumps.  I think these three got perfect 10's from me lol 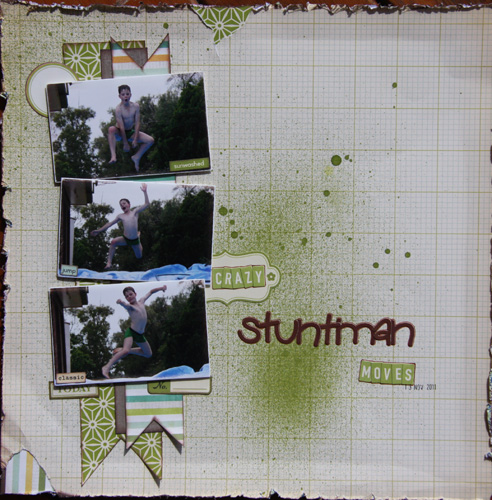 Layout 3: Leaving his Mark.  This layout is a bit of a lift of the gorgeous Tamara Wade's work as well as a sketch found on Pinterest..  I have used no patterned paper on this layout - just stacks of washi tape or as us retreat girls call it 'Wasabi Tape' - that makes me giggle every time I hear someone say it ;) 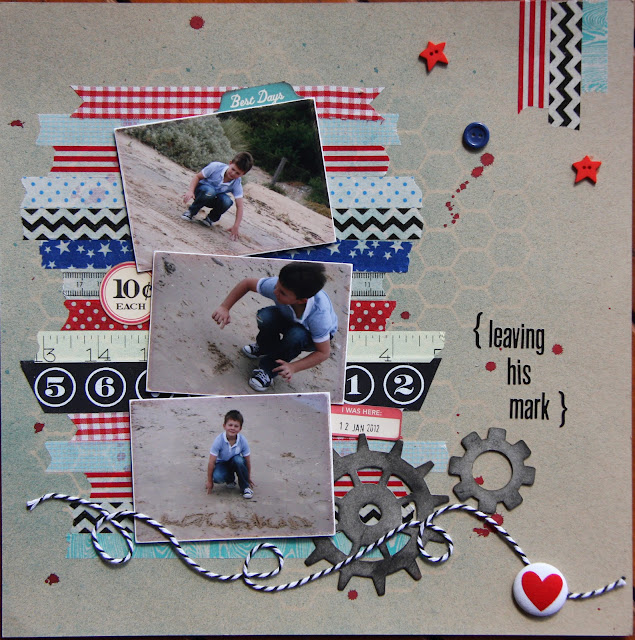 Layout 4: Such a Clown.  A super plain and simple layout using this totally hilarious photo of Lachlan.  He thought it would be great fun to dunk his face in the soap suds at the bottom of the slip and slide and dance around the yard.  There is no other way of putting it - that kid is a clown, no doubt about it ;) I know it probably doesn't look it here, but the layout is slightly better in real life :o 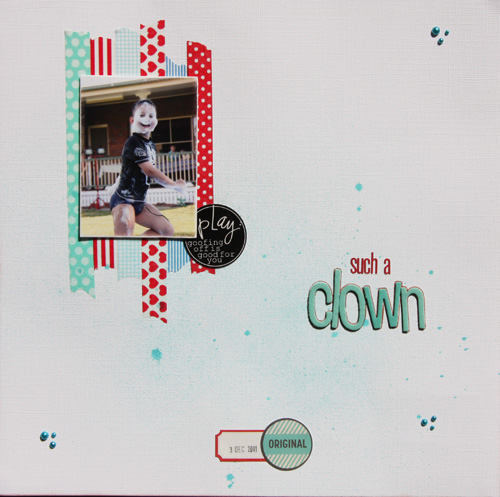 So that is it - those are all of the layouts I created on retreat.  Ended up with a bit of a Lachlan layout overload there at the end but that is what happens when you have one who loves to pose in front of the camera and another who runs most of the time the camera appears.
Heading into the busy time of the semester with the lead up to exams and reporting.  Not sure how much scrapping time there will be over the next 2 1/2 weeks.  I am determined to have all of my marking done and report cards completed prior to the holidays so I can enjoy our two weeks at the BEACH (yay!) knowing there is no school work to be done.  Wish me luck with that.
Have a great weekend everyone.
S xoxo
Posted by Sarah at 11:40 PM

Looks like you had fun trying some new technique. Your Lo's look great.