Back in March we travelled to Toowoomba for the district's annual swimming presentation dinner. Lachlan won an award for the junior distance champion at the regional titles. The guest speaker was Taylor McKeown, a gold medalist from the 2014 Commonwealth Games.
She was so awesome to listen to and had lots of great advice for everyone. The boys were so excited to meet her and it blew their mind to watch her on TV a few weeks later at the National Titles as she competed for a spot in the Australian Team for the World Championships. I love girl-ifying' this layout ;) 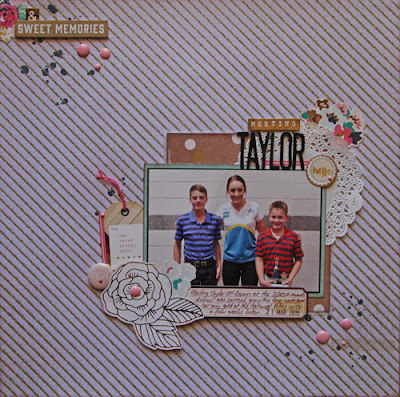 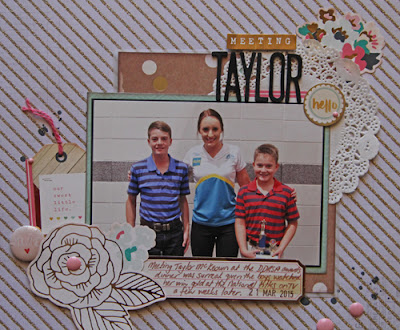 A few weeks later, we headed off on holidays to Caloundra were we spent one of our days at Aussie World. This layout is all about the boys going on the Redback - watching them was a total crack-up. 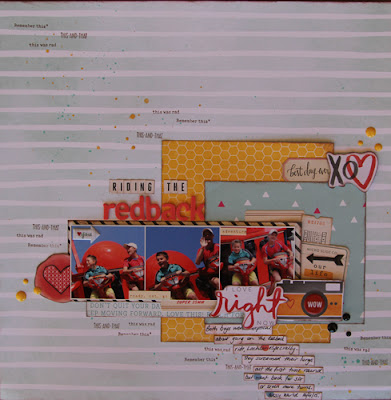 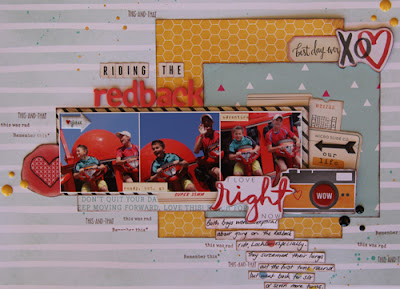 Thanks for stopping by.
S xoxo
Posted by Sarah at 8:33 PM