Another busy week has finished and as I sit here typing this, I am wondering exactly where it went - it passed by in a blur of red pen (marking), sloppy hugs and kisses (after swimming lessons) and lots of hip hip horrays (two family birthdays).
I have hit that time of term where marking is pouring in every day. I was a good girl though and got stuck right into the first lot and marked it all in two nights. I had a lull again until Friday when two more lots came in but have been naughty over the weekend and haven't done any of it. I feel a lot of late nights on the cards this week. Saturday started with an early trip to town to see if cricket was on - last week's break up was cancelled due to all the rains and minor flooding in the area - but alas, it was called off. After a massive grocery shop, it was home for sleeps for two cranky boys and one very cranky mummy. After a really good sleep (probably the best one all week) it was off to scrap at my LSS. Then today was spent in Toowoomba with my mum, dad, sister and her partner and his family to celebrate my dad's and patch's (by 'bil') mother's birthdays which were Thursday and Friday.
Scrapping wise, this is what I have managed to come up with this week. The first two are based on Sketch 43 from Inspired Blueprints and the other is just a typical 'me' LO - well that is what it looks like to me lol. Totally loving the first LO - I did it for a very special friend - can you guess who??!! Loved scrapping in pinks and girly colours but still managed to make it less girly with a bit of 'roughing' up lol. Gotta love my Heidi Swapp distresser. 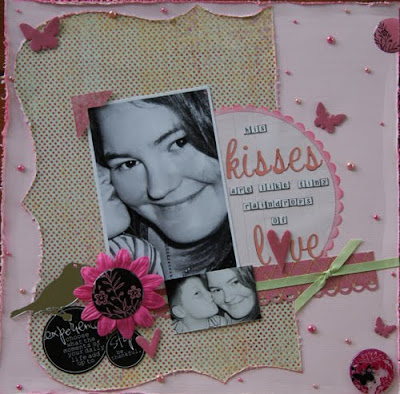 And because I liked the sketch so much, I just HAD to play with it again lol. 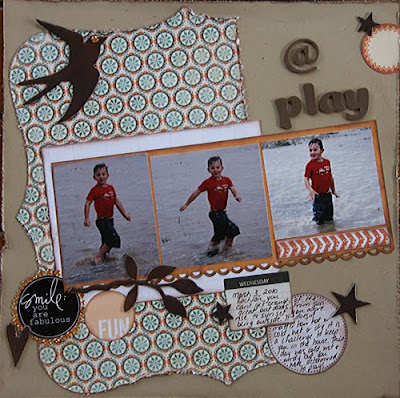 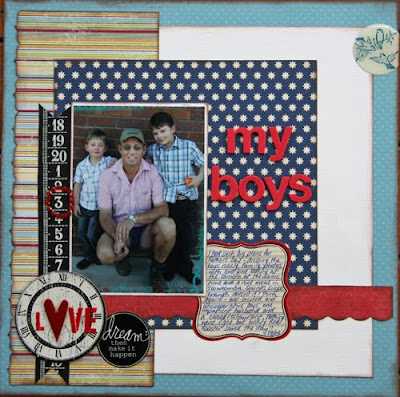 Ok I think that is the roundup for now. Only three more weeks until Term One is finished and then woooooooooooooooooo hoooooooooooooooooo Long Service Leave for all of Term Two - I hope there is lots of scrapping done then lol.
Til next time
Me xoxoxo
Posted by Sarah at 8:52 PM