After what has felt like an eternity (well it was almost 3 months) I think I have re-discovered how to scrap. At my lowest point I honestly felt that I would never scrap again - the very thought of it would make me nervous and nauseous. As much as I would want to catch up with my scrap buddies, the thought of actually scrapping was not something I looked forward to. Not even the promise of a 3 day retreat at Donna's house excited me. Part of this could have been the fact that I had a bunch of exams to mark and report cards to write. So mark away I did while everyone around me created like there was no tomorrow.
Luckily, I had put in for some long service leave earlier in the year for the last two weeks of school. Once all of the school work was out of the way, I began to get excited about the prospect of scrapping again. Thanks to some inspiration from Donna and Lauren, I think I have found my scrap again - YAY! The next few layouts are the start of the re-discovery. I won't bore you with them all at once, plus it will give something else to blog about.
Layout 1: Wide Open Spaces (photo by Sarah Bacon): 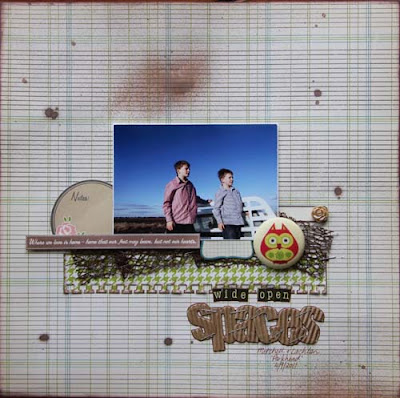 (Our pool is out of action at the moment so to break the hot weather, we grabbed a tarp used to cover the cotton modules once they are picked and added water and shampoo - cheapest fun the boys have had in a long time lol) 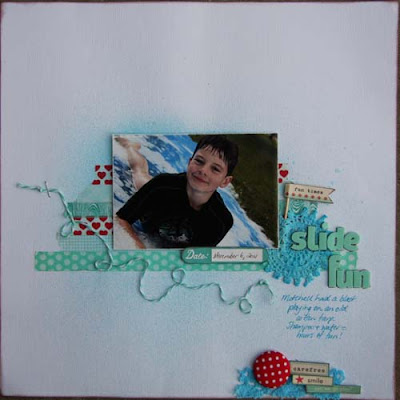 (Sarah, a very good friend of mine came out to have a play around with her mum's camera. The boys certainly hammed it up for the camera, even more so after I told them a dirty ditty my mother taught me when I was their age) 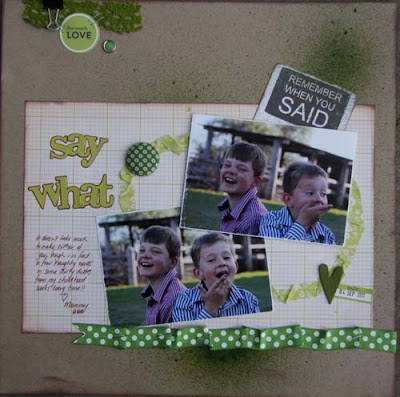 Layout 4: Our Cheeky Monkey - nothing else needs to be said 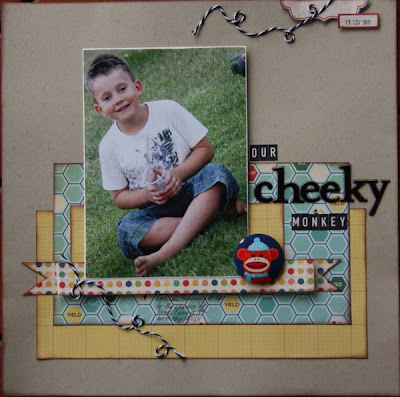 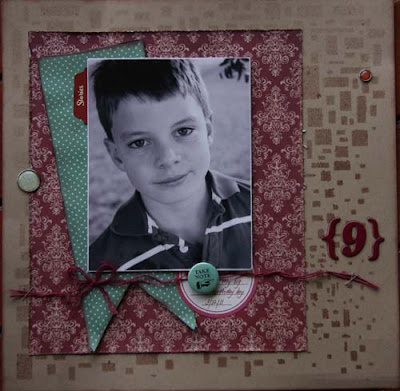 That will do for now. I have a few more layouts and pictures of the Christmas presents I made for the boys' teachers to share but I will save that for another day.
To those of you who sent messages and offered support during the last three months - thanks from the bottom of my heart. I am lucky to be surrounded by an awesome group of friends - you know who you are. Loves ya all lol.
Take care
S xoxoxox
Posted by Sarah at 11:13 PM

Woot!! She scraps!! So glad you got your mojo back. Love seeing your gorgeous creations!! We must organise a scrap day soon. xx

Love to see all of those layouts!

I just love your layouts-you do such amazing work!
I'm glad you are feeling creative again. :)

So so so happy to see you scrappin' again!!!

Good to see you back, been missing you. Love all of the LO's but especially Mitch's 9th LO......Looks like another lift coming when my mojo finds it's way home. Anyone seen it??

Fabulous work! Love all of these and the PP buttons just pop! :D

Thanks for playing along with us at Purple Pumpkin! :D