Scrapping with Donna and Lauren

Just before the madness of Christmas, Donna and I packed up our scrapping stash and kids and hit the road for a scrapping sleep over at Lauren's place a few hours drive away and affectionately known as the place where you can almost see the end of the earth. Not sure about the whole end of the earth thing but at the moment it is so green and there is feed everywhere. After spending all my life living on flat farming ground, it is a major difference been surrounded by hills of Lauren and Luke's farm. It was the first time my boys had been to visit the Bell's down on the farm and they had a blast. I loved just sitting with Lauren and Donna chatting and scrapping the day away - these two ladies make me laugh so much, not to mention the fact that they inspire me so much with their scrapping. I managed to come up with 7 layouts in the time I was there - somewhat of a scrapping frenzy for this super-slow scrapper lol.
Layout One: Christmas
I have used the December 15th sketch from Stuck?! Sketches for this layout as well as the criteria for Sar's December Kit Challenge over at Scrapbook Savvy. Not 100% happy with this layout - I really wanted to make myself use the printed side of the patterned paper but in hind sight, I should have used a reddish/cranberry coloured paint, ink or mist for the background paint and chipboard instead of the black OR the reverse side of the paper. Oh well, it is another layout for the album. 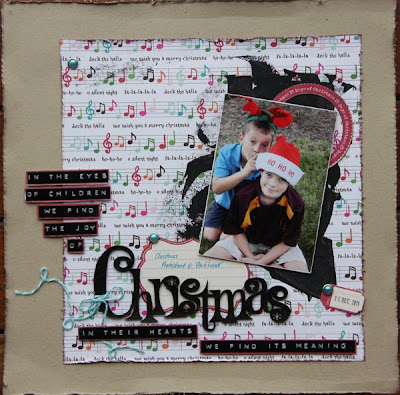 Layout Two: The Cutest Santa
A photo of Mitchell from our photoshoot this yeat. I have used the Merry Savvy Kit for this layout and old October Afternoon stickers and some Mr Huey's Mist - starting to fall in lust with this stuff lol. 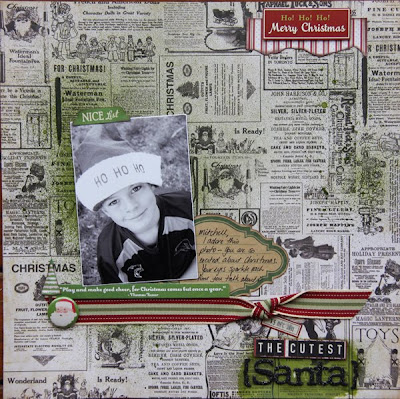 And, of course, the obligatory close up: 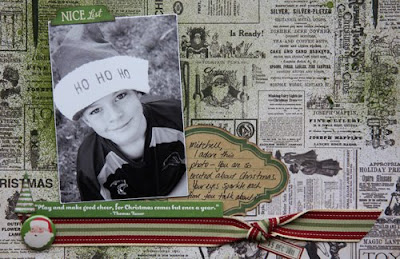 Layout Three - Sunshine and Smiles
Originally, I suggested this title for one of Lauren's layouts but when she went with something different, I decided that it went perfectly with this photo of Lachlan. 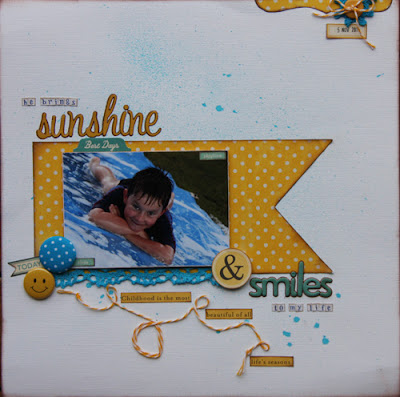 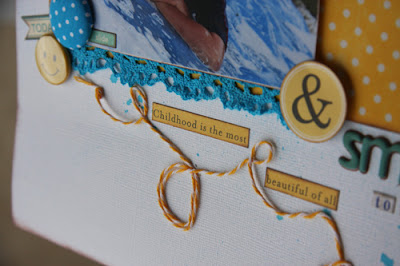 Layout Four: It's Your Love

Another layout from our wedding all those years ago (hitting 13 years this April). I have used a line from the chorus of the song we danced to for our Bridal Waltz in the title - It's Your Love sung by Tim Mc Graw and Faith Hill. I surprised Tony with tickets to one of Tim and Faith's Brisbane concerts for Christmas. Truth be told, I really wanted to go more than Tony but he can't say no now can he lol?! 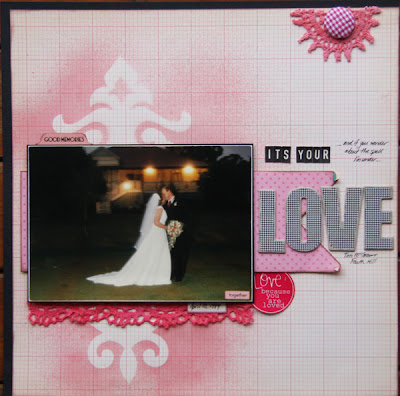 Layout Five: Candle Time
Mitchell celebrated his 9th birthday at the start of the month. We had a small party for him at home. Tony helped Mitch to light the candles but it was too windy for them to stay alight. In the end Tony settled for getting Mitch to blow out the lighter instead. I went a tad overboard with the mist on this layout but you get that lol. 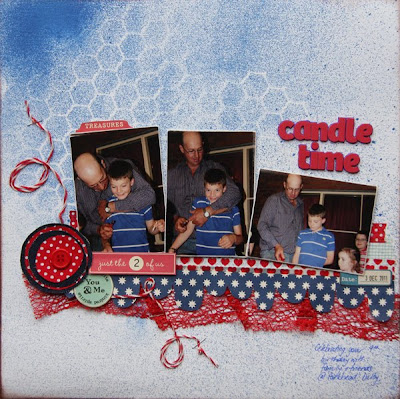 A closeup of a Purple Pumpkin button, October Afternoon stickers and mist, and twine from The Twinery. 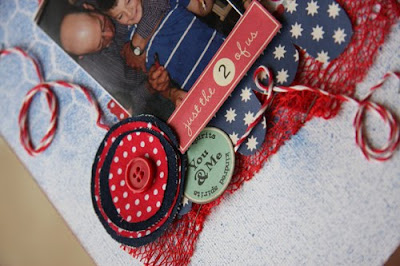 Layout Six: Best of Mates
I love this photo of the boys - it isn't technically perfect but the history behind the taking of this photo is what I love. They were jabbering on about the farm, what daddy would be doing and how they can help him all throughout the afternoon that Sarah Bacon and I were taking these photos. It is memories like these that cannot be replaced. I also decided to enter this layout in one of the December challenges - Rebekkah's - over at Challenge Heaven where Donna has just been announced as a member of the 2012 Design Team (woot woot Donna!). I might even give some of the other challenges a go over the next few weeks before school starts back. 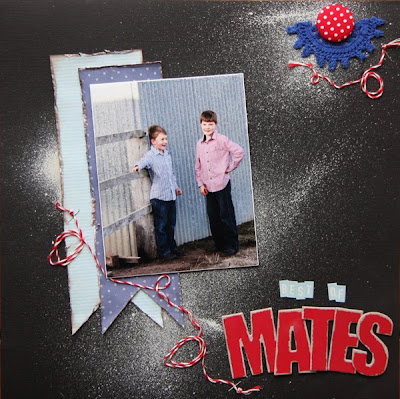 Yep, you guess it, another close-up. Thanks Lauren for showing me your twine techniques. Think I need a few more lessons hehehehehe 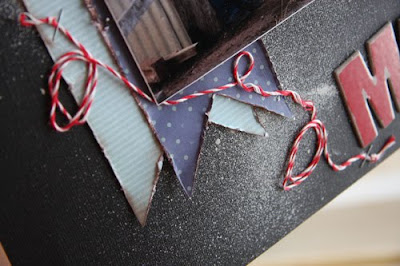 Layout Seven: Best Foot Forward
A just because layout of Mitchell from a few years ago. I want to try and teach the boys that life is not always great and things get tough but we can make our way through things by putting out best foot forward. Now if only I could practise what I preach lol. 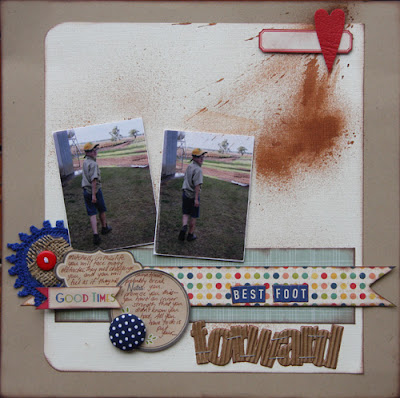 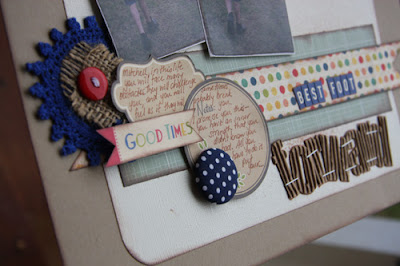 So that was my effort from our visit to Lauren's. Christmas has been and gone since then. Santa spoilt me a lot this year with a new iPad and some plane tickets for the boys and I to go to Melbourne in the new year to visit a special friend - gee I wonder who that could be lol ;). We fly out on January 5 and return on the 13th - just in time for the mad dash to get everything ready for the start of a new school year. The boys were spoilt this year with new John Deere toys, clothes, lego, book and a huge remote control 4WD John Deere tractor - and that was just from Santa and Mum and Dad. We won't talk about all the other goodies given to them by their relatives lol.
I hope you all had a safe and merry Christmas.
Catch up again soon.
S xoxoxo
Posted by Sarah at 10:59 AM

you have been busy..love all the pp embellishments....thanks for playing along at PP

Happy Birthday for today....mwah... hope it's a great one.