... It's what gets in the way of day to day stuff like updating this blog. No excuses for my absence of late other than work and playing taxi driver to the boys' various after school and weekend sports. My scrapping has been quite limited over the last two months but I do have a few shares for you, starting with some soccer layouts.  Mitchell and Lachlan are both playing their third season of soccer. I was unsure if they would play again this year; however, they were keen and so far, they are having a ball.
Layout 1 - Bend it Like Beckham 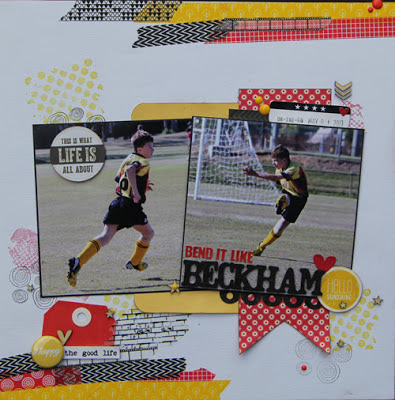 Really original title hey? The background was designed by the super-talented Lisa Kamphuis. That lady what Usain Bolt is to the 100m - speedy, speedy, speedy. It is a long standing joke between us that I scrap one layout to every three or four that she does. It is amazing to sit and watch her do her thing.
I couldn't resist a close-up. This would have to be one of my FAVOURITE photos of the season so far. 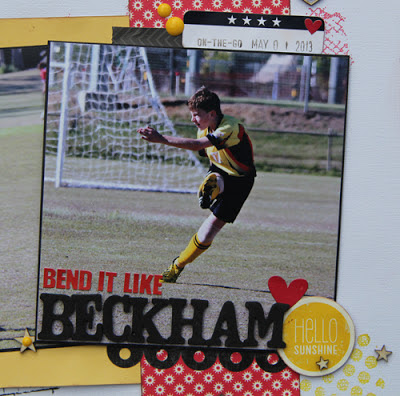 Layout 2 - Hello Saturday Soccer
Scrapping exactly the same photos again, only in a smaller size this time. Not that all dissimilar to Layout 1, although I was much happier with how Layout 1 turned out compared to this one. 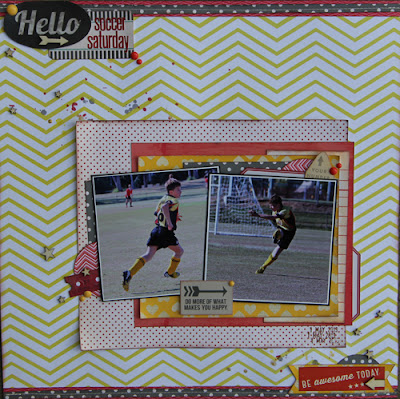 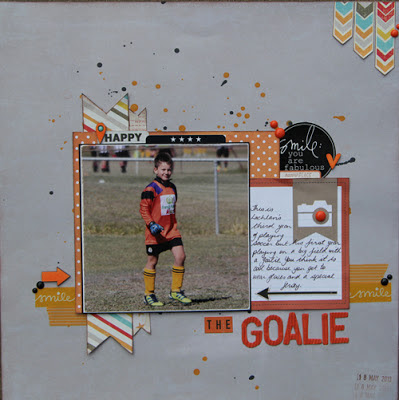 This is the first year that Lachie's team have a goalie. For the last two years he has been playing 4-a-side soccer so he was very excited to move to a bigger field and start playing in 'proper' positions, especially the goalie.
And a closeup: 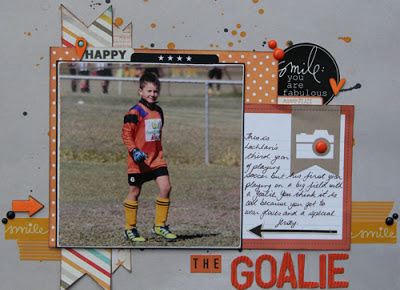 Well that is this update done. I have a few more layouts to share over the next few days.
Thanks for stopping by.
S xoxo﻿
Posted by Sarah at 9:30 AM