Yep another weekend has passed and I don't have a lot to show for it, except for piles of clean clothes stacked neatly in the drawers and hanging in cupboards. That's right, I spent most of the weekend dividing my time between the washing machine, clothes line and folding table. Who says I don't share the love around lol.
I did manage to find the time to scrap this early this morning while the first load was on. It is based on Anthea's March Sketch over at Scrapbook Savvy. Very simple but I love it. Simple is definitely my style I have decided. 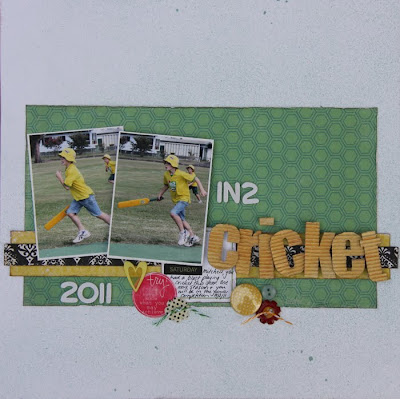 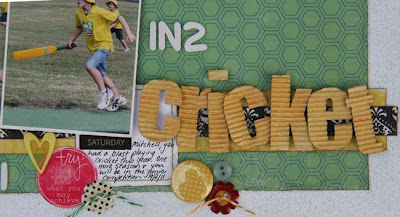 Next is some showntell which I forgot to show as promised in my last post. This was my take on Sar Ward's Blind Scrap Challenge at the February CyberCrop at Savvy. If I learnt one thing from participating in the Blind Scrap it was that I SUCK at following instructions :-o 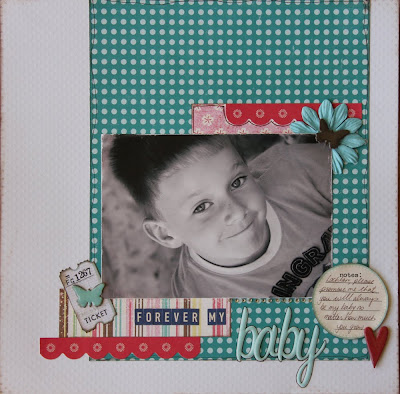 Last of all, a 'just because' layout. I haven't scrapped many of the photos taken of our wedding (about 3 layouts in almost 13 years). I knew that I wanted to use the Prima vines on a wedding page but could just never get it to work the way I wanted. In the end, I just gave up and did the layout. 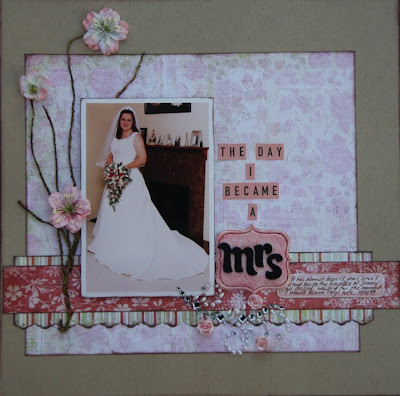 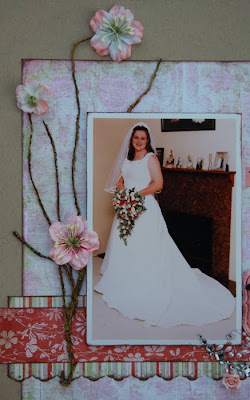 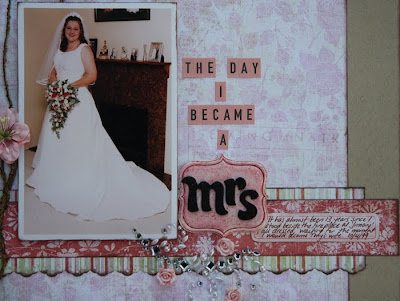 Nothing else to report. Mitch is back of to his Orthopaedic specialist later this week for a progress check with his legs. He is back up on his toes again so we need to work out what the next plan of attack will be. Let's hope the week goes ok.
Until next time.
S xoxoxoxoxo
Posted by Sarah at 10:36 PM

Yay I found your blog! Thanks for commenting on mine. Have added you to my blog roll, will definitely be checking in on you! Love your pages. xx