This LO has been sitting in the drawer for almost two weeks.
The main reason for this is that for some reason I just couldn't seem to like it. I can't explain but it just didn't feel right. It didn't turn out the way I had pictured, even after changing the papers three times (yes I had even cut the other two sets :( and still couldn't get it to gel).
Thanks to Beck, who supplied the title and the phrase surrounding the photo, it is finally to the point where I can say 'OK, this is the best it is going to be, now let's get it done and into the album' lol. Not my favourite work but a loooooooong way but it's done, can't love them all I guess. It is just a shame, I couldn't do justice to the awesome picture: 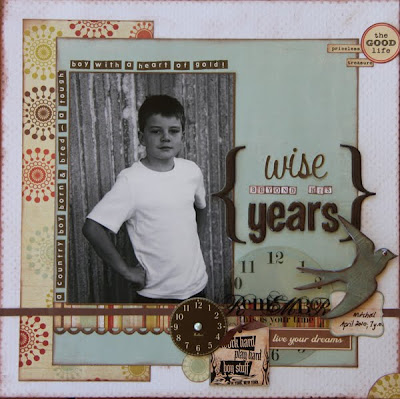 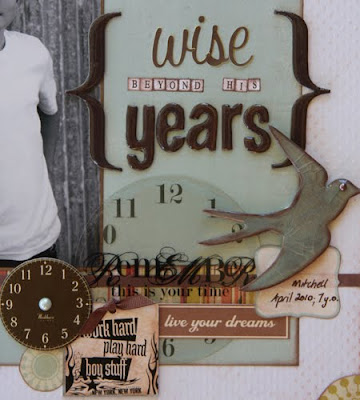 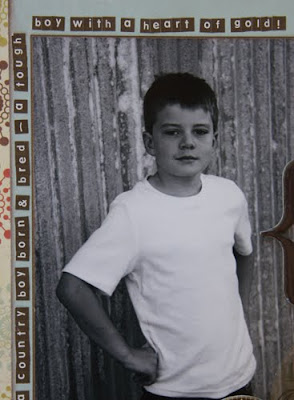 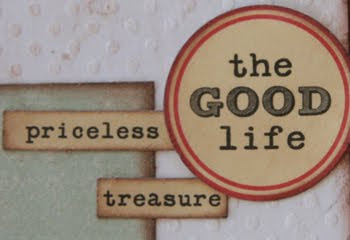 Not a lot else has been happening - we are back home and trying to get settled back into some sort of a routine. It has been out of whack since Mitch went in to get his legs done last week. Hard to believe we are a week down already - 3 to go until the next procdure and 7 more until the casts are off, hopefully for good.
School is back in for both boys tomorrow, half day for Mitch to see how he copes and a full day for Lach. Early nights all around I think.
Thanks for stopping by - keep doing so, because the give-away is up for grabs in the next few posts - slowly putting things together.
Me xoxoxox
Posted by Sarah at 6:49 PM